Posted to News on Wednesday, February 24, 2021 by Mark Newby Share:

BPR Medical, based in Mansfield, Nottingham, is a good example of a small British company which combines expertise, creativity and entrepreneurialism to design, develop and manufacture world-beating products. The company’s latest success is its Bidirectional Firesafe™ Cannula Valve, used for in-home medical oxygen supplies to extinguish fires which can occur in the line between the concentrator and the user’s mask or nasal cannula. Such fires can occur if the line comes into contact with ambient flame – such as a candle – or more commonly if the patient is a smoker.

The valve acts as a thermal fuse whereby the oxygen supply is cut off when a fusible component softens as a result of the heat from an approaching fire in the oxygen delivery tube. Integrity of operation is vital and in this case could literally represent the difference between life and death.

BPR had chosen a two-part epoxy to bond both halves of the valve’s body, and needed a dispensing solution that would ensure deposition of a precise, repeatable volume of the adhesive, metered and mixed in the correct ratio, on to a cylindrical assembly. The resulting bond integrity would help meet conformance for CE marking under European Medical Device Directive.

BPR Technical Director Ben Johnson and his team evaluated a number of possibilities, including premixing and dispensing via a pinch tube valve. However, this yielded inconsistent results due to the changes in viscosity which begin to occur naturally as soon as epoxy is mixed, exacerbated by temperature fluctuations. It also required what BPR considered to be an unacceptable amount of set-up and clean up time.

Having determined that volumetric technology would provide a better solution, BPR contacted Intertronics and two other vendors to arrange equipment demonstrations. Trials using the selected epoxy were conducted in a wide ambient temperature range. Rigorous pull, flexural and other testing of the assembled valve, revealed that the preeflow eco-DUO precision metering, mixing and dispensing system suggested by Intertronics was the correct solution. Intertronics says that it offers ±1% dosing accuracy, >99% repeatability and can dispense volume flows of 0.2 to 32ml per minute, with a minimum volume of 0.01ml. The preeflow positive displacement technology means that the volume dispensed is not affected by viscosity changes in the material.

The preeflow eco-DUO was selected, not only on the basis of technical compatibility and competence but also because of the lower total cost of ownership with a promise of superior initial and ongoing support from Intertronics. The system operates an automatic purge at the end of the shift, eliminating the need for cleaning down. Control is via a preeflow plug ‘n’ mix interface and stored settings ensure consistency and repeatability, and eliminate daily set-up time. Thanks to preeflow’s accuracy says Intertronics, the volume of epoxy applied has been reduced to 0.05 g from the pinch tube valve’s 0.06 g.

Ben Johnson and Product Development Programme Manager Mike Brudenell worked with Intertronics to configure the dispenser into its bespoke manufacturing jig, into which the two populated halves of the Firesafe valve body are manually loaded prior to being rotated whilst epoxy is applied. Each of the 20,000 units per month produced at the time of writing is non-destructively tested, whilst regular samples are subject to a three-point flexural test.

“We had to go through a number of stringent processes to ensure the integrity of the bonding of the two body halves. An essential part of this was how the two-part epoxy adhesive was applied: to ensure a highly accurate, repeatable dose on a rotating jig, but also to maintain the correct dispense volume regardless of viscosity changes caused by temperature. After evaluating a number of options, we chose the eco-DUO from Intertronics as it provided the best results for both of these criteria.”

He continued by pointing out that Intertronics helped BPR choose a volumetric dispensing solution that was the best one for its needs and that the company had been impressed with Intertronics expertise. “They’re responsive and always on hand to support us with any queries or technical support we might need. The way they’ve helped us to integrate and set up the system means that we always achieve a consistently high level of process capability. Not only that, but we estimate our return on investment to be in the region of £2,000 a month.” 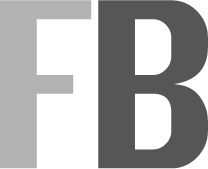 Optically clear epoxy is a work of art

Void avoidance when potting and encapsulating

The many hidden benefits when investing in adhesives

Managing a blooming nuisance in bonding

More news
4 days ago
Cold formed fasteners and parts are cost effective
Heico Fasteners is highlighting the many advantages of design specific precision cold formed, hot formed and turned parts
5 days ago
New counterbalance concealed hinges
Southco’s new CB Counterbalance Hinge series is designed to neutralise the weight of heavy panels and lids
5 days ago
Automated fastening - top tips
Stanley Engineered Fastening has published a paper entitled "Is my company ready for automation?" It outlines key factors to consider before selecting an automation integrator for threaded and blind fastening applications
1 week ago
Fumbled fiddly washers eradicated!
How many times have you tried to put something together with washers, only for them to slip out of your fingers? Not any more, as Staytite has some useful solutions….
1 week ago
A flexible approach to bonding
MS Polymer flexible adhesives are said to offer many benefits to users and are well suited to a wide variety of different applications. These include uses in industries and applications as diverse as construction, the manufacture of modular and portable buildings, marine, caravan and motorhome manufacture as well as in metal fabrication. This article, submitted by Eurobond Adhesives, highlights some advantages of these adhesives that may be of use to both design and production personnel
1 week ago
New magnetic catches offer attractive advantages
Southco’s new M5 Magnetic Catches from Zygology are said to combine strength with style
1 week ago
Pick and place system takes centre stage
Lighting manufacturer CantoUSA has specified ASM’s E by DEK and E by SIPLACE systems for its in-house SMT manufacturing processes
1 week ago
Dome head studs prove illuminating
Jet Press has recently supplied dome head studs to one of the UK’s leading manufacturers of lighting equipment
1 week ago
Virtual fastening support offers real advantages
Oxfordshire-based fastening expert Zygology is offering a useful service to specifiers addressing both fastening and 'touch-point' needs - face to face consultations with leading engineers at both PEM and Southco
2 weeks ago
160 page product update from FATH
FATH Components’ extensive product catalogue has been around for a while, but the company has also recently published an addendum to it which may be of value to OEMs